ROCK HILL, S.C. — Winthrop University has named Kelley Kish as its new interim athletic director, making her the second woman ever to lead the department. 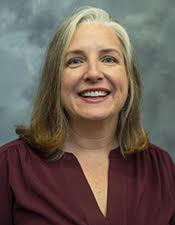 Interim President George Hynd announced that Kish would take over as the new interim athletic director on October 15th after approval by the Board of Trustees.

“Kelley has a wealth of collegiate administrative experience,” Hynd said. “She has had a major impact at her previous jobs, and has received praise at Winthrop for handling our internal operations, diversity efforts and our pandemic response, as well as being responsive to student-athlete concerns during trying times. I look forward to working with her as we return to carrying out our sports seasons under more normal conditions.”