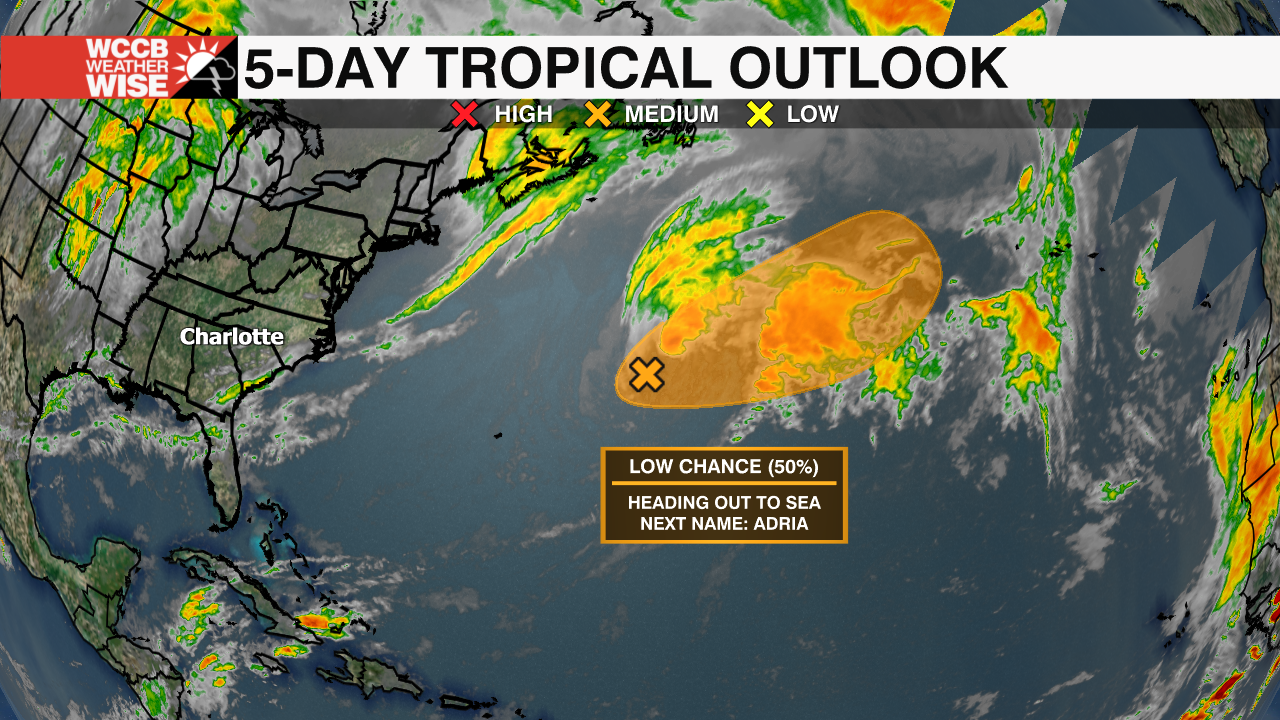 CHARLOTTE, N.C. — For the second year in a row and for only the third time ever, we have exhausted the primary name list in a single hurricane season. With the dissipation of former Tropical Storm Wanda late last week, the tropics are currently quiet. However, the National Hurricane Center (NHC) in Miami is monitoring what could be our first auxiliary-named storm of the season.

The same coastal low that brought cooler air, clouds, and even a few showers to our neck of the woods last week has retained an impressive structure as it swirls over the central Atlantic. Right now, the NHC is giving this system a 50% chance of becoming a named tropical storm over the next two-to-five days. Regardless of development, expect this area of low pressure to continue its journey westward, away from the Carolinas. The next name on the list is Adria.

Move over, Greek names. There’s a new list in town. With the post-season retirements of 2020’s Eta and Iota, the World Meteorological Organization has decided that Greek names will no longer be used when the primary name list is run through. Instead, an auxiliary list will be used. That’s why 2021’s next storm will be named Adria, not Alpha. Here’s the full auxiliary list, which will be used from here on out. The names on the list will not be cycled; instead, a name is only replaced if it is retired. 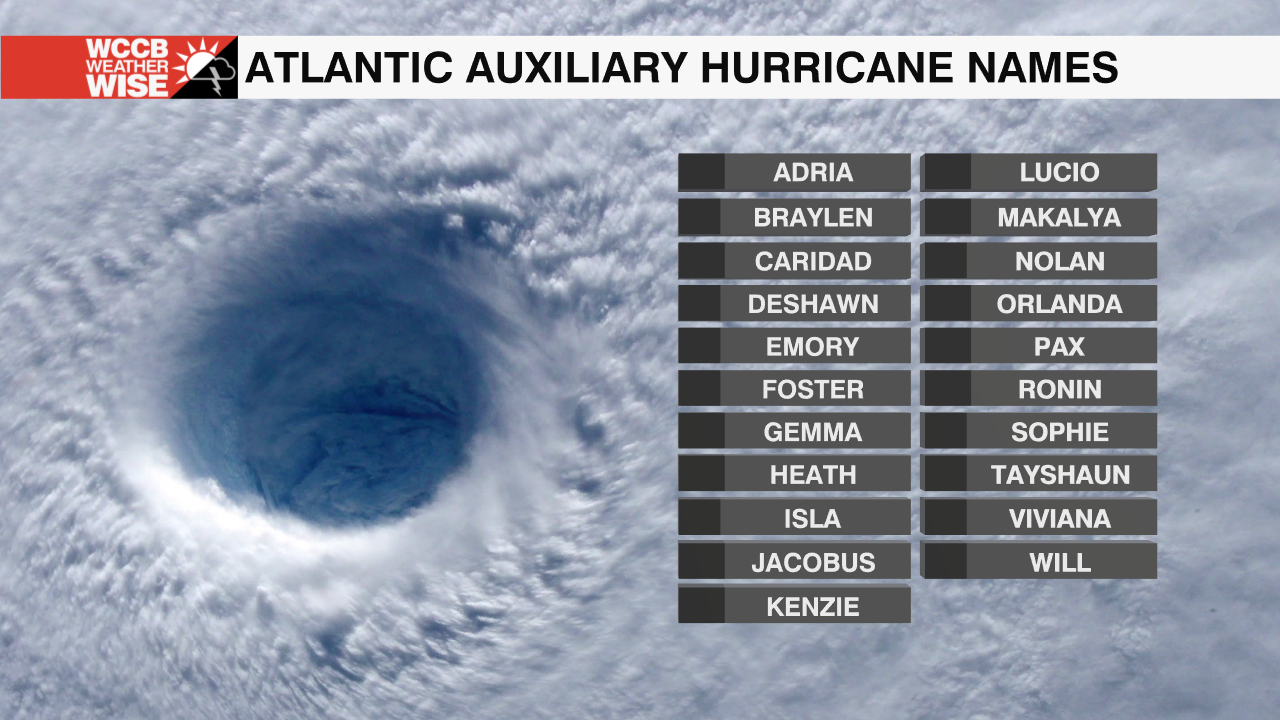 While tropical storms and hurricanes can and will form at any time of the year, the official end to the 2021 Atlantic Hurricane Season is on November 30.