Twitter Surges On Report That Dorsey Will Step Down As CEO 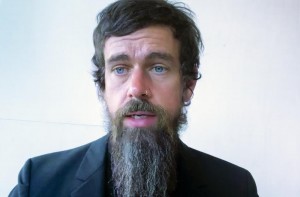 FILE – In this Oct. 28, 2020, file photo, Twitter CEO Jack Dorsey appears on a screen as he speaks remotely during a hearing before the Senate Commerce Committee on Capitol Hill, in Washington. Shares of Twitter are surging at the market open on Monday, Nov. 29, 2021 following a report that Dorsey will be stepping down from his post. (Michael Reynolds/Pool Photo via AP, File)

NEW YORK — Shares of Twitter are surging on a report that co-founder Jack Dorsey will step down as the company’s chief executive.

Twitter’s stock, which has consistently underperformed the market,  jumped more than 10% at the opening bell Monday.

Dorsey is also the top executive at Square, a financial payments company that he founded, and some big investors have openly questioned whether he can be effective leading both.