The latest drought outlook from the National Integrative Drought Information System has parts of the Carolinas in a severe drought. This is the first time the Piedmont has been in a severe drought since October 2019, and the first for Charlotte since August of 2015. November was the third driest month on record for North Carolina with preliminary rainfall estimates of just 0.76″. The Charlotte Douglas Airport saw less than an inch of rain. 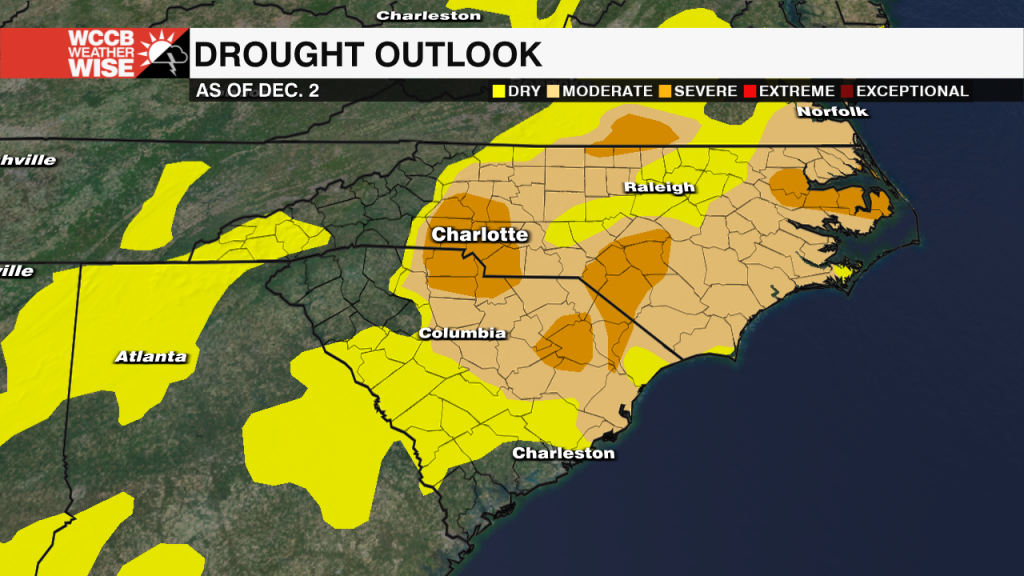 During a severe drought, crop yields are low, and voluntary water conservation is requested as stream levels become low. Wildfires also become hard to put out at this stage. There is a statewide open burn ban for North Carolina in place until further notice as several wildfires have started over recent weeks – including the Grindstone Fire in Pilot Mountain State Park that has burned more than 1,050 acres.

This is the 4th week in a row that Charlotte has been in a drought. Just under 80% of both North and South Carolina are under some form of drought after a very dry end to summer and start to fall. We are entering La Nina this winter which means warmer and drier than average winters for the Carolinas. Although we are on track to get widespread rain by midweek next week, we will likely see drought conditions continue through December for the region.