Room We Love: A Kitchen in Foxcroft

When Brooke Cole’s clients purchased their 1950s ranch, they initially planned to tear it down and build custom. “They started to realize the existing home had a great footprint,” says Cole, principal designer and owner of Brooke Cole Interiors. The couple, who’d recently become empty-nesters, worked with architect Christopher Hensley from Meyer Greeson Paullin Benson Architecture to reconfigure the floor plan and enlisted the team at Four Oaks Builders to gut the house. They brought Cole on to design the interior, which included a kitchen that hadn’t been updated since the 1980s. “The 8-foot ceilings were a challenge,” she says, “but we made it feel bright and airy with light colors and statement lighting.”

SKY’S THE LIMIT
The Four Oaks crew knocked down walls to open up the space between the kitchen and living area, relocated the plumbing, and put down new hardwoods to match what was already there. Cole installed quartzite countertops and a Carrara marble backsplash in a herringbone pattern. “The pattern worked because we had tiny spaces around the window frames to squeeze in the tile,” she says. She painted the cabinets in Benjamin Moore’s White Dove and chose polished nickel handles. “Hardware acts like jewelry in a home,” she says, “and this is a warm, silver tone that sparkles.”

A PATCH OF BLUE
Cole selected a soft blue Lee Jofa fabric for the Roman shades. “The husband loves to garden, and I fell in love with the botanical nature of the print,” she says. “That fabric determined the color palette.” The Wesley Hall barstools are upholstered in stain-proof performance leather and add another pop of blue to the kitchen. “Without the blue, the room is boring. It’s a classic white kitchen, but that could be anywhere. Blue is what ties this kitchen together.”

LIGHT AND BRIGHT
Cole painted the walls in Sherwin-Williams’ Repose Gray to make the room feel bigger and brighter. The 8-foot ceilings are lower than in most new builds today, so she chose 14-inch milk glass pendant lights from Restoration Hardware to make a statement without overwhelming the space. “Kids and pets can mess up furniture, but nobody’s touching your light fixtures,” she says. “I love to splurge on statement lighting. It lifts your eye up and gives you that ‘wow’ factor.” 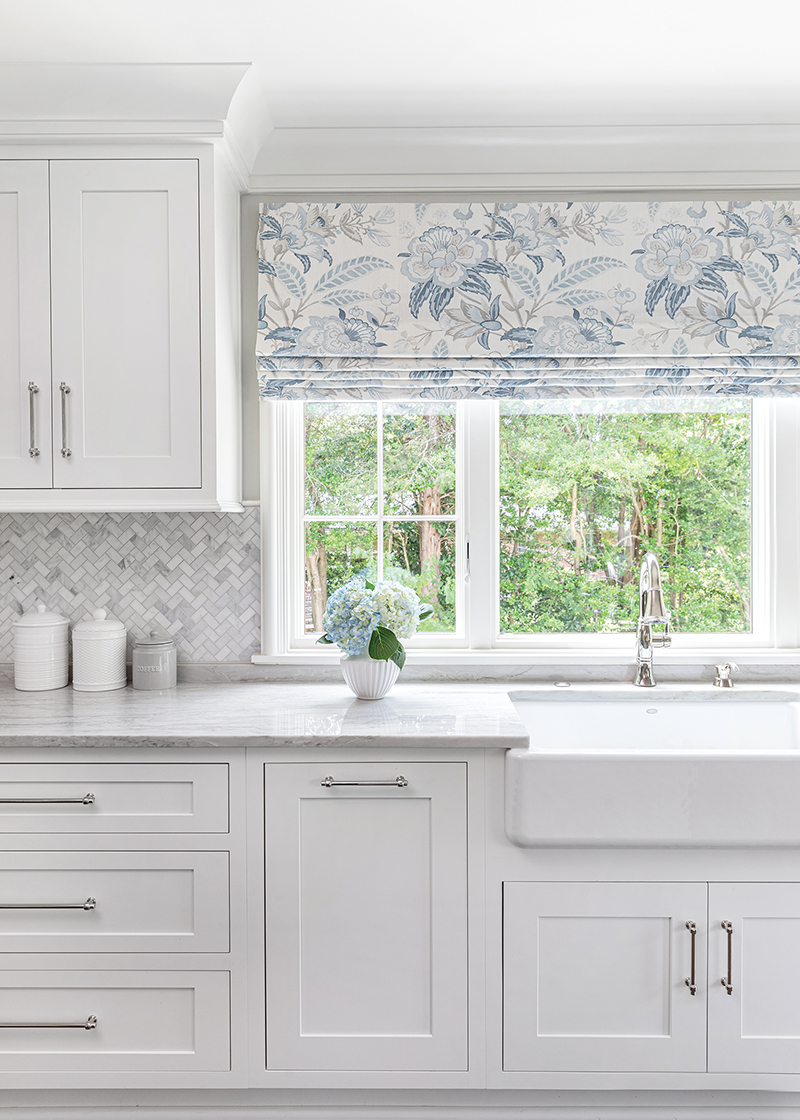 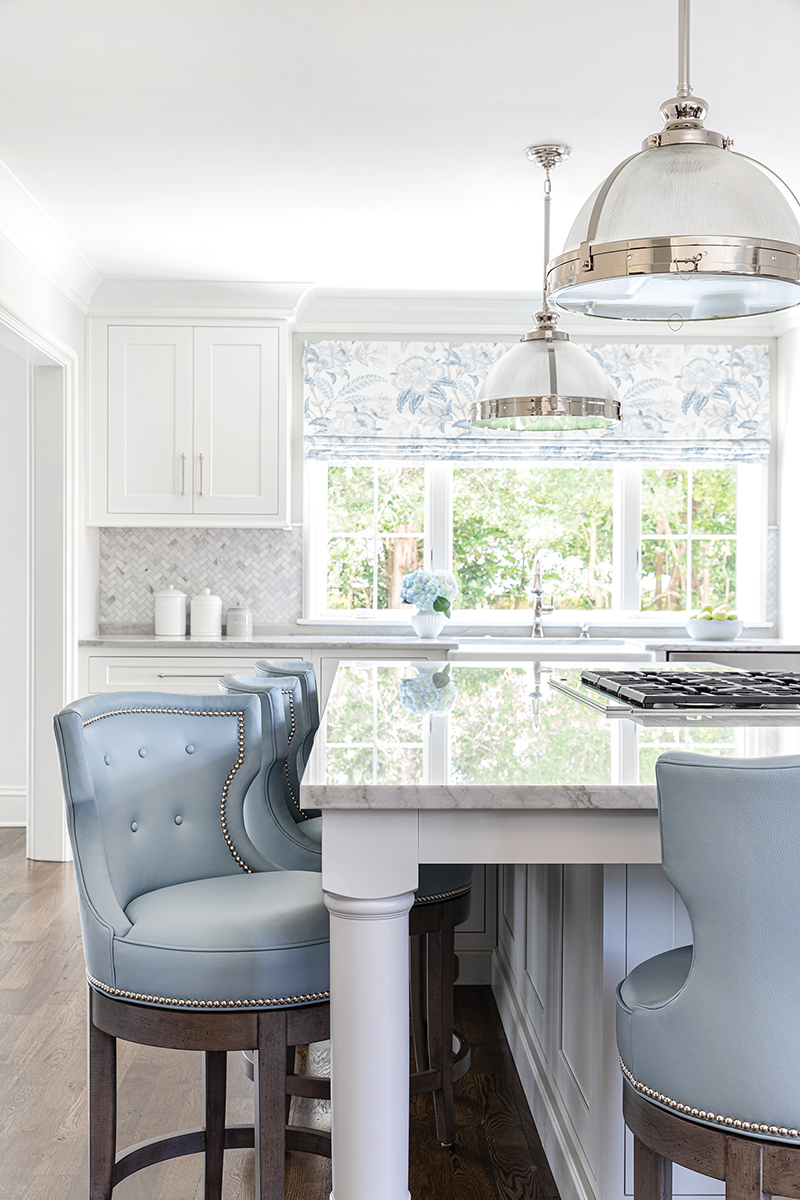 Dec 2, 2021Leave a Comment on Room We Love: A Kitchen in FoxcroftUncategorized