BOONE, N.C. — A Lenoir man has been arrested after allegedly setting fire outside a Boone ABC store, which caused damage to the building, according to police.

Boone Police Officers and Boone Fire personnel responded to the Boone ABC Store, located on Blowing Rock Road, on Oct. 25 after receiving a report of smoke on the side of the building. Upon arrival, officials discovered that several empty cardboard boxes stacked in a loading area had been ignited and the fire had caused damage to vinyl siding on the store.

Following an initial investigation, which included the collection of video evidence, officers identified the suspect as 38-year-old Jessie Bare. 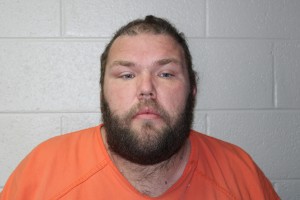 Bare was located by Watauga Sheriff’s Office deputies and agreed to an interview. After being interviewed, Bare was charged with felony arson, according to police.