Detectives say the fatal wreck occurred shortly before 9 p.m. on Friday, November 26th at the intersection of Woodland and Meeting streets.

Officers say this is the first fatal DUI wreck the Lancaster Police Department has seen in many years.

Detectives say 34-year-old Quinton Harris of Lancaster is charged with two counts of felony DUI resulting in death and child endangerment for his involvement in the collision. 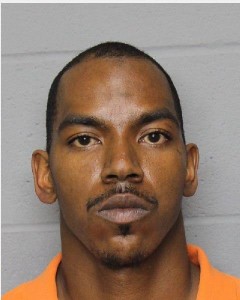 Harris was driving a silver GMC Arcadia with two young children in the backseat when he did not stop at a traffic light at the intersection and struck a Honda, killing both men inside, according to a news release.

Detectives say the two children were taken to a local hospital following the crash, and their conditions are unknown at this time.

Harris was treated and released into police custody shortly after the collision, according to a news release.

“Our hearts go out to the families that lost their loved ones in such a tragic event due to the negligence and carelessness of one driver,” Interim Chief Phillip Hall said. “Any time a drunk driver gets behind the wheel, all lives are in jeopardy. Our goal at the Lancaster Police Department is to keep city roadways safe, and to prevent things like this from happening. As always, if you see a vehicle operating in a manner that leads you to believe the driver may be impaired, please don’t hesitate to call 911. You may just save someone’s life.”