Having worked in Africa for 13 years trying to help countries build democracies and having young kids helped persuade Lewis Mudge to run for the Charlotte Selectboard. Now, those same experiences have induced him into a run for the Vermont Senate.

Mudge announced his candidacy at the end of May via social media, saying the new Chittenden Southeast Senate District presented an opportunity for the county’s smaller towns after redistricting gave Charlotte and other towns a district not dominated by Burlington. 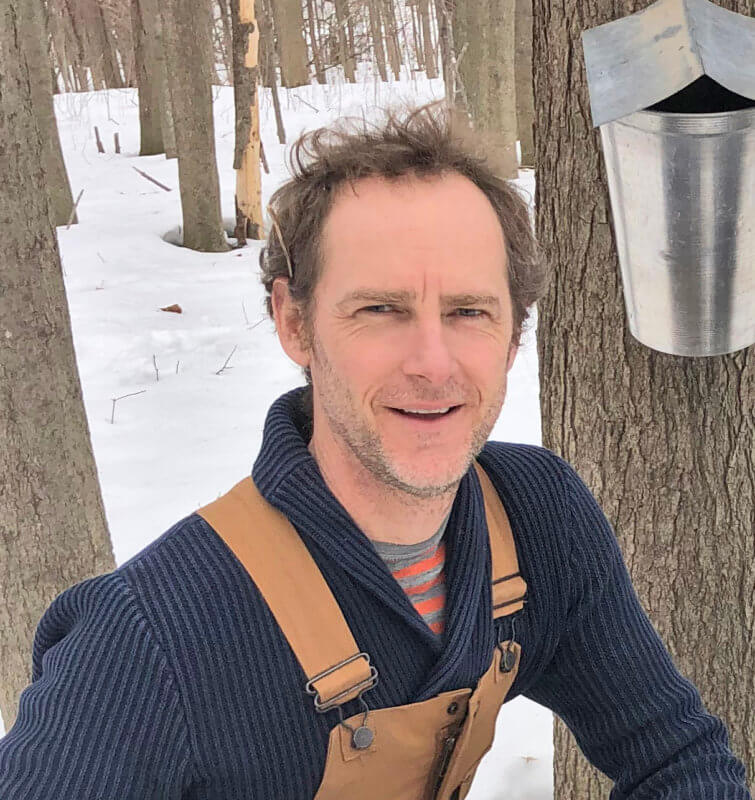 With less than half, or just over 30,000 of the total 69,000 residents of this new district living in South Burlington and Williston, the smaller towns should have a stronger voice in the Senate.

Mudge said that under the old districting, Charlotte and these smaller towns have been dominated in voting by Burlington and the larger municipalities. The smaller Chittenden towns haven’t been “on the radar of our state senators as much as they should be.”

Redistricting broke up the old Chittenden Senate District into Chittenden Southeast and Chittenden Central (Burlington and Essex) with three senators each and a Chittenden North District with one senator.

Besides Mudge, others in the race for the Democratic nomination for the Chittenden Southeast are incumbents Thomas Chittenden, Virginia Lyons and Kesha Ram Hinsdale and Steve May and Ken Scott.

This race has become something like a Rube Goldberg machine with candidate changes knocking other candidacies into different races like a row of sequentially tumbling dominoes.

Mudge’s chances of getting the Democratic nomination appeared greater before Ram Hinsdale decided to run for the state senate again. In January, Ram Hinsdale had declared a run for Vermont’s sole seat in the U.S. House of Representatives, but at the end of May she dropped out of that race and declared for the Chittenden Southeast District.

“I’m definitely going to run,” Mudge said. “I’m going to do my best, but it has gone from something that was very much a possibility to much more of an uphill battle in the last couple of days.”

Ram Hinsdale threw her support behind Senate President Pro Tempore Becca Balint, who is now in a two-person race with Lt. Gov. Molly Gray for the U.S. House seat that had been held by Peter Welch. Welch is running for the U.S. Senate seat of retiring Patrick Leahy.

Whether Balint or Hinsdale gets the Democratic nomination for the U.S. Senate, it appears likely Vermont will get its first female representative to Congress in history.

He believes the legislature needs more people like him who have younger children in public schools and who “are on the front end of their mortgages.”

During his years working in Africa as a director for Human Rights Watch, Mudge lived in in various countries in south and central Africa, including Kenya, Congo, Burundi and Rwanda, documenting war crimes, working for human rights and promoting democracy in Central Africa.

Working in places where he saw people who were imprisoned or even killed fighting for the right to vote has given him a desire to do public service at some level.

Mudge said he is not quitting his “day job” with Human Rights Watch, and if he wins, he won’t step down from the selectboard.

“Our state legislators in theory are supposed to be people with jobs,” Mudge said, explaining that the job of a legislator was designed to be part-time, just four months January to April and four days a week.

He said it is wrong that ordinary citizens can’t afford to run for the legislature and feels lucky to have a job that allows him to do so.

When he first moved to Charlotte in 2016, he wouldn’t have been able to serve because he was traveling to Africa about once a month. But now his job has changed.

When he was younger, Mudge moved to Congo during a war there. “Now,” he said, “I’ve aged out of the sort of dangerous parts of that job, and I’m now just the director and help facilitate teams that are doing that work.”

He and his wife Niccola met in Rwanda. Their three sons were born Kenya. He believes his experiences give him a unique appreciation of the democratic process.

“I’ve really seen some of the worst of what humanity has to offer, and I am fairly optimistic about the future of our state and the future of our county,” Mudge said. “I think we might need some of that optimism back in Montpelier to recognize that we do have some big problems on the horizon as a state, but also maybe to have some people who really feel blessed to live here and to be able to raise their kids here.”