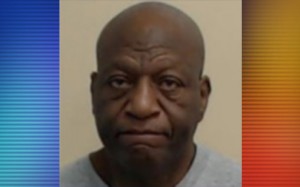 CHARLOTTE, N.C. — A 67-year-old man who was serving a portion of his active sentence at a Charlotte home is wanted after he left the residence, authorities said.

The Division of Adult Correction and Juvenile Justice are actively looking for Eddie Tate who was serving active sentences for habitual breaking and entering, felony breaking and entering and possession of stolen goods, according to the North Carolina Department of Public Safety.

Tate was participating in Extending the Limits of Confinement (ELC) which allows certain individuals to serve the remainder of their prison sentence at home or in transitional housing. He was projected to be released on Oct. 9, 2021.

According to authorities, Tate has been described as 6’ 4” tall and weighs 228 lbs with black hair and brown eyes. He has a gold front tooth, pierced left ear, a scar on his right leg from a gunshot wound and 2-inch scar on his stomach from a stab wound.

Anyone who has seen Eddie Tate or know his whereabouts, are asked to contact local law enforcement.