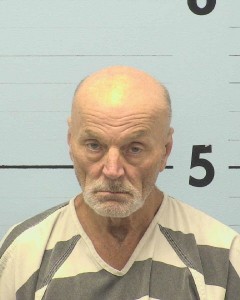 MORGANTON, N.C. — A 56-year-old was arrested after a man was found dead in a basement in Morganton early Wednesday morning, according to the Burke County Sheriff’s Office.

Deputies were dispatched to a residence on Royce Drive around 2:40 a.m. to a reported shooting.

Upon arrival, deputies found Brandon Jones laying in the basement of the house without a pulse. Medic arrived at 2:46 a.m. and pronounced dead Jones at the scene.

At the same time, other deputies met with Rodney Sanders outside of the residence and he was taken into custody.

After an investigation by Burke County Sheriff’s Office detectives, and in consultation with the District Attorney’s Office, Sanders was charged with murder.

The investigation is active and ongoing.

Oct 21, 2021Leave a Comment on Man Charged With Murder After Victim Found Dead In Morganton BasementUncategorized