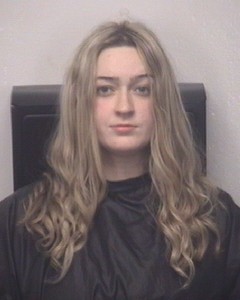 The Student Resource Officer at Crest Middle School was notified by a parent Thursday that Durden had possibly been sending their child inappropriate images and videos.

The sheriff’s office initiated an investigation into the report and quickly discovered that Durden had initiated conversations and shared sexually explicit materials with several 13 and 14-year-old children.

During the investigation, Durden was interviewed and admitted to sending the sexually explicit videos and pictures to the children, according to the sheriff’s office.

Deputies said Durden was arrested Thursday and charged with two counts of indecent liberties with student, three counts of display material harmful to minor, and two counts of second degree sexual exploitation of a minor.

The investigation is still ongoing and if your child was victimized by Durden please contact the Cleveland County Sheriff’s Office.