GASTONIA, N.C. — Detectives with the Gastonia Police Department continue to search for a suspect who attempted to steal a bracelet valued at over $3,600 from a jewelry store in Gastonia on September 28th.

During their initial investigation, detectives discovered that the same suspect possibly committed a similar theft at a jewelry store located inside Carolina Place Mall in Pineville back in July.

Investigators released surveillance photographs of the man suspected in both crimes on Friday and are asking for the public’s help in identifying him. 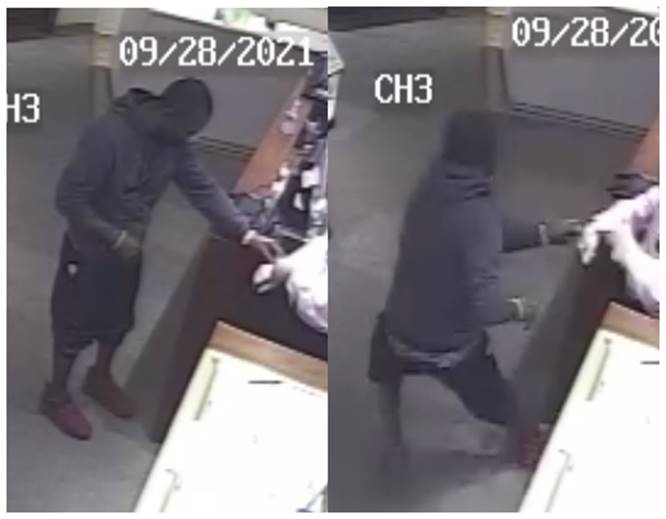 On Tuesday, September 28th around 1 p.m., officers responded to the REEDS Jewelers store located inside Eastridge Mall on New Hope Road for an attempted theft that had just occurred.

Police say the investigation determined that the suspect had entered the store and asked to look at several bracelets in a display case.

When a store employee removed one of the bracelets (valued at over $3,600) and put it on his wrist to show the customer, the suspect attempted to forcibly remove the bracelet from the employee’s wrist, knocking him down in the process, according to a news release.

Detectives say when the suspect could not remove the bracelet, he fled the store.

Pineville Police told detectives they were investigating an attempted jewelry theft that had occurred in July. 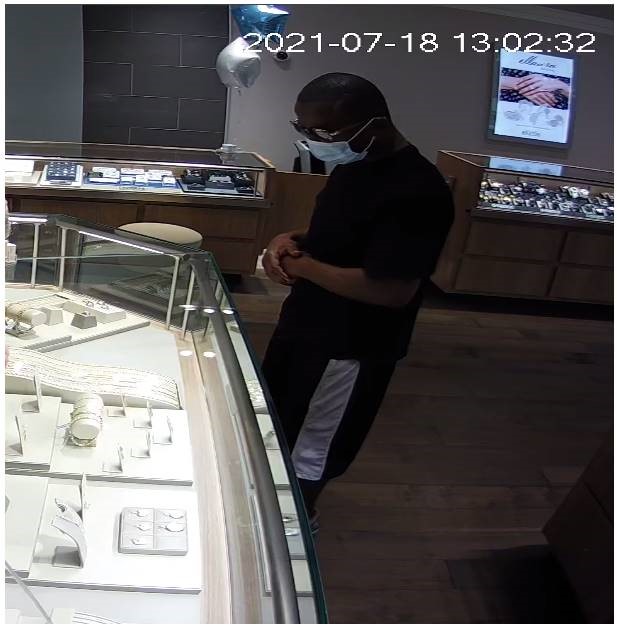 Suspect in Similar Crime That Occurred In Pineville

Police ask anyone with more information on this suspect to call the Gastonia Police Department at 704-866-6702 or leave an anonymous tip with Crime Stoppers of Gaston County at 704-861-8000.