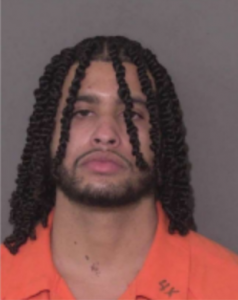 UNION COUNTY, N.C. — A Union County man has been charged for reportedly stabbing a family member Wednesday afternoon, according to deputies.

The Union County Sheriff’s Office responded to Joe Griffin Road home, off of Pageland Highway, in Monroe after receiving a 911 call about a stabbing incident. Upon arrival, deputies assessed the situation where the incident happened and identified Tyler Mullis as the suspect in the stabbing.

Through an investigation, the sheriff’s office learned that the stabbing happened during a disturbance between family members who live in close by each other.

Mullis was taken into custody by deputies and charged with assault with a deadly weapon with intent to kill inflicting serious injury, according to a news release. Deputies say he has been processed into the Union County Detention Center.

The victim is receiving medical care for his non-life threatening injuries sustained from the stabbing incident.