The Charlotte-Mecklenburg Police Department has charged two suspects, including a juvenile, after a Monday evening shooting in southeast Charlotte left a juvenile and a 1-year-old with serious injuries.

Police say after gathering evidence in the case it has been determined that a 15-year-old juvenile and a one-year-old child were passengers in a vehicle being driven by 19-year-old De’Aaron Truesdale. While they were traveling along East Independence Boulevard, a gold sedan pulled up next to them, and gunfire was exchanged between the passengers of both vehicles. 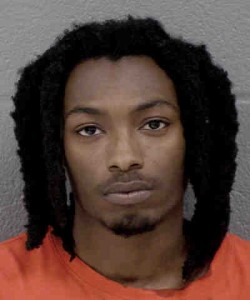 After shots were fired, the 15-year-old juvenile was shot in the leg and the one-year-old child was grazed in the head. Their injuries were serious, but not life-threatening, according to officials.

Detectives are actively searching for the gold sedan and its occupants that were involved in this shooting. The vehicle should have damage along the driver’s side, consistent with being side-swiped. It may also have damage from being struck by gunfire.

Anyone who sees a vehicle similar to this description is asked to report it to 911, immediately. The public can also leave information anonymously with Crime Stoppers at 704-334-1600 or http://charlottecrimestoppers.com/.

It happened at a shopping center between Conference Drive and Idlewild Road, just after 6:00 p.m.

Investigators say one of the victims is under 5 years old.

Both victims were taken to the hospital with serious injuries.