CHARLOTTE —  A Charlotte middle school student took her own life just steps away from her home.

The child’s family says the 11-year-old girl, a CMS student, was bullied for months.

According to CMPD, the little girl shot herself in the parking lot outside of her home in the Belmont Community.  At this time, no charges have been filed. 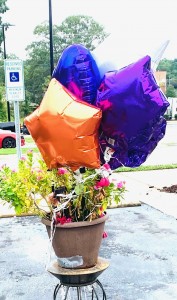 “We’re just driving them to their death by the comments, suggestions, posts, pictures, and everything else.  Something has to be done,” says Mecklenburg County Sheriff Garry McFadden.

“Suicide is the most preventable death of all deaths if people would just care enough to get educated.  Parents need to talk candidly with their children,” says Fonda Bryant with the National Alliance on Mental Health.

Suicide is the second leading cause of death for young people ages 10 to 34.  Experts say a few warning signs include over eating, acting withdrawn, talking about death, sleeping a lot, and sadness.

If you or someone you know needs help, contact the Suicide Prevention Lifeline at 1-800-273-TALK.

Oct 8, 2021Leave a Comment on Charlotte Student Takes Her Own Life, Local Leaders Say Child Was Bullied In SchoolUncategorized