Bloch steps down from paper’s board

Late last year, the Charlotte selectboard voted to establish a development review board. Soon afterwards, Bob Bloch let us know that he was interested in joining the planning commission. He was appointed by the selectboard at their Dec. 13 meeting.

To avoid the appearance of any conflicts, Bob decided to step down from the board of The Charlotte News. His last meeting was on April 27. 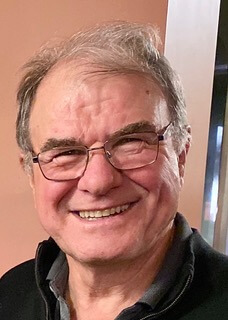 Bob had joined the board in 2015, bringing his business experience, marketing and sales smarts from a long career in consumer products, hospitality and technology services.

At the time of his appointment, Bob was the director of the Build Your Own Business program at Champlain College which helped students learn to create, build and lead their own business ventures. He had also served on the boards of the Charlotte Land Trust and the Lake Champlain Community Sailing Center.

Back in 2015, Vince Crockenberg was our publisher. He writes, “When Bob agreed to join the news board, the paper was in the middle of a full-fledged financial crisis, and we needed to rethink our business model, and quickly, if we were going to avoid the fate of numerous other community newspapers that had recently closed their newsrooms. Bob’s arrival marked the beginning of a turnaround at The Charlotte News. He brought his business experience to the board as we rethought and reorganized how we did community journalism. I for one credit Bob’s arrival on the board as the first step in creating what is now a well-organized and well-funded nonprofit community paper. Given what’s happened elsewhere in local journalism, that is no small accomplishment.”

Bob played a key role in the creation of our first strategic plan back in the spring of 2019, and he frequently brought his brand of “out of the box” thinking to bear on some tough financial, governance and editorial problems. Almost always, he ended his contributions with the phrase, “That’s all I got.”

Over the past 15 months, Bob stepped up his efforts, serving as secretary and as a member of our governance and fundraising committees, writing stories on local businesses for the paper and covering several selectboard meetings. On occasion, he provided me with thoughtful and creative suggestions as we navigated difficult personnel and editorial decisions.

On behalf of all of us here at the paper, Bob, thank you for giving so selflessly of your time and experience for the past seven years. And, Bob, “That’s all I got.”

Jun 2, 2022Leave a Comment on Bloch steps down from paper’s boardUncategorized