RICHBURG, S.C. — The Chester County Sheriff’s Office says a man serving in the Army overseas is charged for the double murder of his grandparents.

Gene Alexander “Alex” Scott, 24, is accused of shooting and killing Gene Rodgers, 61, and Billie Rodgers, 78, at their home on Doe Street on Father’s Day in June 2020. 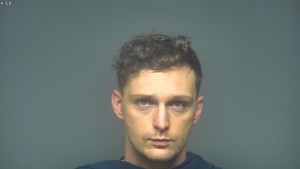 On October 21, a Chester Grand Jury charged Scott with two counts of murder and possession of a weapon during a violent crime.

According to the Sheriff’s Office, Scott was arrested by military police in Germany and transported to the Chester County Detention Center in South Carolina.

He is currently awaiting a bond hearing in Chester County.