4 People Killed, Including a Child, In Interstate 77 Crash In York County 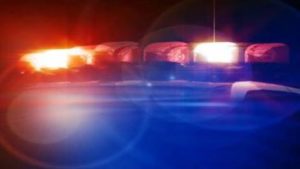 YORK COUNTY, S.C. — Four people have been killed, including a child, in a crash in York County early Sunday morning.  It happened around 12:30 a.m. on Interstate 77.

According to South Carolina Highway Patrol, a woman was driving a Chrysler 300 southbound in the northbound lanes of traffic, and collided head on with another car.  The driver and two passengers in the second car died at the scene.  The woman driving the first car was transported to the hospital with life threatening injuries.  A child passenger in her car was killed.

Traffic along mile marker 80 northbound was backed up for hours.

Oct 10, 2021Leave a Comment on 4 People Killed, Including a Child, In Interstate 77 Crash In York CountyUncategorized